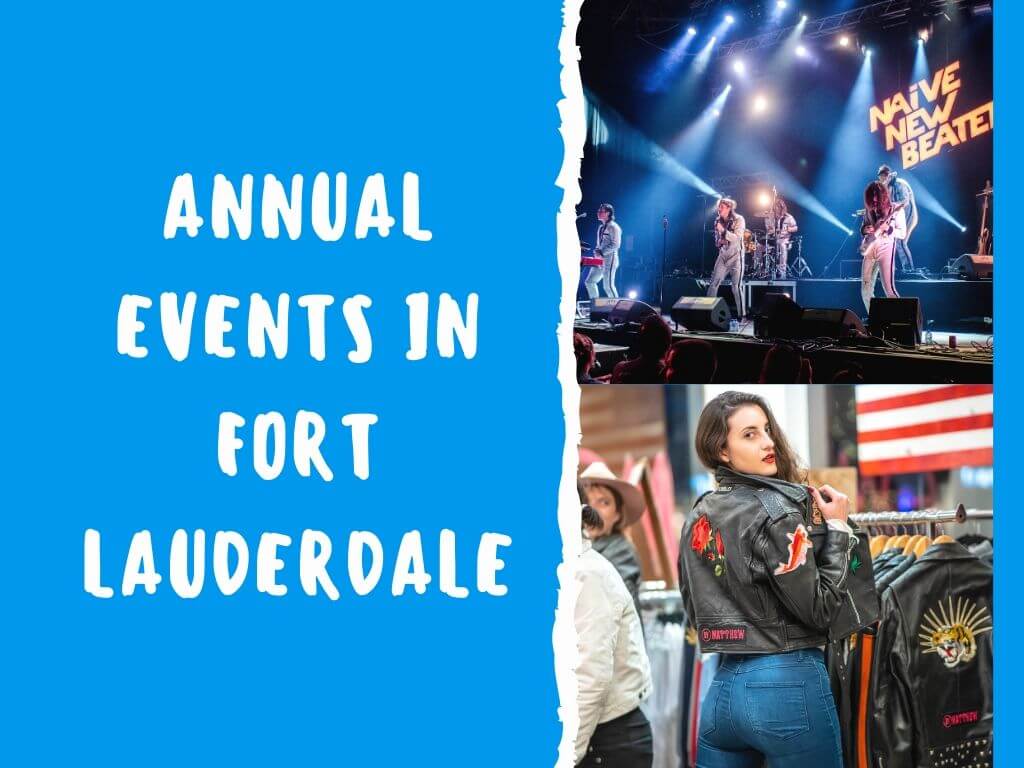 The complete list of parties, festivals, concerts, and exhibitions is long. Here is a selection of the most emblematic annual events. You also have great free events that are often organized in the area.

It is the undisputed yacht capital of the world. Every year Fort Lauderdale hosts the International Boat Show. It gathers thousands of exhibitors and visitors from all over the world. Enthusiasts come to Fort Lauderdale and for a few days at the end of the year. You can watch all the best in the yachting industry. They enjoy:

This is one of the engines driving the local economy. Fort Lauderdale’s magnificent location on the Atlantic coast. Hundreds of miles to sail in the calm waters of the canals of Fort Lauderdale.

Fort Lauderdale is the capital of world yachting. It is one of the busiest and most active cities in Eastern and Southern Florida.

Every year in November, festival-goers gather on the beach in Fort Lauderdale. Several concerts are all held over two days. The festival lasts all day and extends into the night. The most famous celebrities from all over the world can be now found there. On this occasion, dozens of groups will perform. But this festival is more than only music! Enjoy fashion shows, cooking demonstrations, and art exhibitions.

This festival lasts almost all November. Hundreds of films are then screened to an enthusiastic audience. It is also an important meeting point for professionals and film lovers. Almost 75 films are often presented. Amongst others, you will find:

Fort Lauderdale has made its place on the planet of film festivals. The festival now attracts famous actors from all over the world.

The Fort Lauderdale Air Show is one of the most prestigious events in the industry. It has a proven track record of bringing people together. Some of the best aviation organizations and companies make their appearance. Military groups come to this air show every year to get noticed by an audience from around the world. Attractions include air shows, flying demonstrations, and more.