Long-distance moving from Florida to Nebraska

Considering moving from the east coast in Florida to one of the small towns or large cities of Nebraska? If so, Best in Broward Movers can help! Moving from Florida to Nebraska has many factors that can make moving a challenge, but with help from moving companies, your decision to move just got easier.

Nebraska is located in the great plains in the middle of our great country. Situated near Missouri, Iowa, and Kansas, the cornhusker state is above the national average in job opportunities, higher pay, overall economic growth while still offering affordable housing and low sales tax.  No wonder it has become a family destination for many looking to start anew.

Best in Broward Movers simply asks for some moving information and will provide you with free quotes for your move, along with car shipping quotes. Unlike some companies, we offer moving solutions that cover all aspects of the move from wrapping fragile items, packing your belongings, labeling each box, disassembling and re-assembling furniture, loading into our moving truck in an organized and secure manner, transporting and unloading at your new home. Our passion is your move!

Contact Best in Broward Movers to help with your long-distance move to Nebraska! 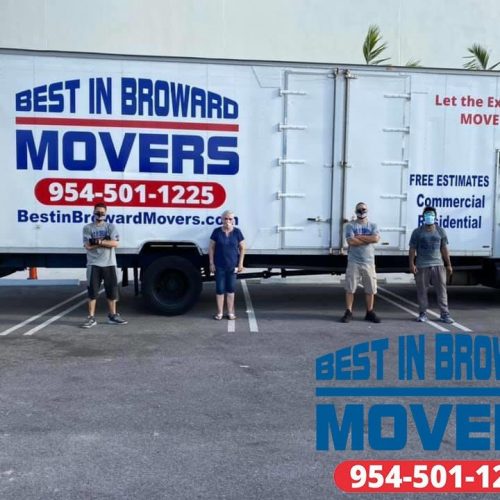 Things to consider before moving to Nebraska

Are you moving to Nebraska and leaving Florida behind? There are a few things to consider before moving to the prairies of the Great Plains. Most of the state has beautiful scenery of open land, rock formations, the tall midwest grass, and cattle farms. Then there are some food processing and factories that draw many to move to the state for work.

Nebraska has two main cities, Lincoln and Omaha. Lincoln is the state capital and a lively university town. In contrast, Omaha, located on the Missouri River, offers museums, cultural centers, lots of public transportation, and city life in Nebraska.

Nebraska is ranked #5 in affordable housing by US News & World Report, making it one of the top-ranking states to buy a house.

Are you looking to make more money? Nebraska has some of the highest incomes in the country, a plethora of career opportunities, especially in Omaha, and a low population density to make it easier to get a “foot in the door.” Nebraska has continuously ranked as one of the top states to receive an education with the 4th highest high-school graduation rate and top 20 in highest public-school funding. It is the right place to raise a family and become part of a community.

Now for the cons, Nebraska is prone to natural disasters being located in tornado alley, be prepared to potentially experience a tornado. The state experiences cold winters where over 20 inches of snowfall has been known to occur and muggy summers with high temperatures and humidity. Life in Nebraska is very flat, and despite the humidity, you won’t forget you are landlocked. There are dunes in the prairies and the Missouri River, but overall there is no variation to the landscape.

This isn’t a con as much as a weird fact about the state: Nebraska has some funky laws!

Thank goodness, these are no longer enforced, but they remain “on the books.”

Contact Best in Broward Movers for the best moving quotes from Florida to Nebraska!

Top places to live in the Cornhusker State

Almost 2 million people call Nebraska home, situated between South Dakota and Kansas from North to South. Wyoming and Colorado are located to the west and Iowa and Missouri are situated to the east. When considering moving with a family to a new place, it is always important to look into schools, crime statistics, weather, community lifestyle, companies, taxes, average pay, and more.

With all the factors in mind, we came up with these top 4 places to live in Nebraska: Papillion, La Vista, Lincoln, and Omaha.

Cost of living in Nebraska

Homeownership is also very affordable. If you are not ready to buy, rent is also still affordable! Unlike most places in the United States, renting is still cheaper than buying a home. However, overall they are both affordable especially compared to Fort Lauderdale, Tampa, or other places in Florida. The median monthly mortgage in Nebraska is $1,315, while rent is $773. The median home value is $175,900, whereas a two-bedroom rental expense is $839.

Best in Broward Movers is ready to pack up your whole life and move it. We understand new chapters can be exciting but challenging. Contact us for anything from packing supplies to moving.