Moving from Florida to South Dakota - The Mount Rushmore State

Moving from the southeast in Florida to the middle of the country, South Dakota, one could use the help of long-distance movers. If you are about to make that roughly 1,500-mile journey, contact Best in Broward Movers. Best in Broward Movers can assist in your moving endeavor in South Florida, Central Florida, or northern Florida.

South Dakota is vastly different from Florida but has many positive attributes. Like North Dakota, South Dakota state’s population is around 800,000 residents. When moving, the Mount Rushmore state is often overlooked as a desirable place to live. However, South Dakota residents would disagree. They call it the best state to live, work, play, and start a business. South Dakota’s economy is one of the strongest in the nation, with a booming job market, no personal state income tax, no corporate income tax, 2% unemployment rate, low sales tax, low personal property tax, and a low cost of living.

Unlike Florida weather, South Dakota weather experiences four seasons, yet the state has 213 sunny days per year on average. The winter can be cold with lots of snow, but the summer weather is beautiful. If you are moving to South Dakota to relocate yourself, a family, or a company, our moving company has managed many residential, commercial, and interstate moves. We take honor in making your move easy. 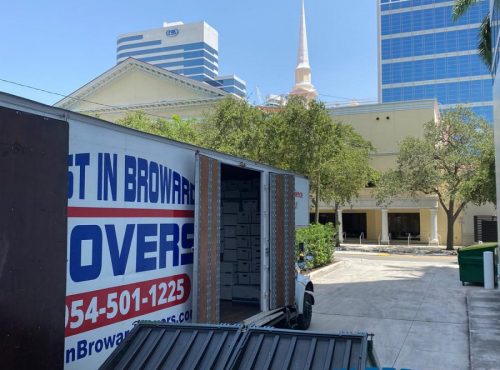 Ever wonder what there is to see in South Dakota? South Dakota is located in the country’s center and offers everything from urban attractions in its largest city, Sioux Falls, to Western South Dakota, where Rapid City is the gateway to Black Hills, and Badlands National Park is. With over five million acres, Black Hills is worth the visit!

The Black Hills is full of wooden acres, monuments, granite spires, mammoth fossils, and underground caves. The four carved faces of previous Presidents Washington, Lincoln, Roosevelt, and Jefferson make the most extensive historical monument: Mount Rushmore. Starting in 1927 and completed in 1991, it took blasting over 400,000 tons of rock to create the monument. Visitors can get closer access to the monument from Presidential Trail.

The Badlands National Park allows modern society to witness one of the last intact natural prairie landscapes of North America, in addition to a wild herd of Bison and uniquely formed pinnacles from erosion.

Sioux Falls, South Dakota’s largest city, has wondrous nature and lots of cultures. When you visit Sioux Falls, be sure to check out Falls Park, a 120 acres park offering a series of falls, a plethora of walking trails, and a buffalo sculpture. There are over sixty more sculptures to appreciate and great food when strolling downtown. Sioux Falls is home to many museums such as The Old Courthouse Museum and Pettigrew Home and Museum.

It may be a stretch, but some would say a visit to South Dakota is more fun than Las Vegas!

Are you moving across the country to South Dakota? Call Best in Broward Movers for more information.

Over 70% of South Dakota residents say they feel safe. Brandon and Lead remain the safest cities in South Dakota, with zero murders and one robbery reported in the past year.

When looking to relocate to a new state in the country, South Dakota is one of the best to raise a family.

Are you interested in moving to the best state of South Dakota? 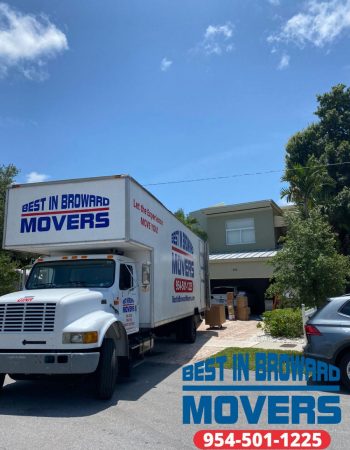 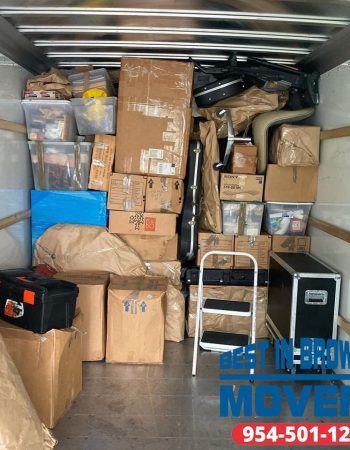 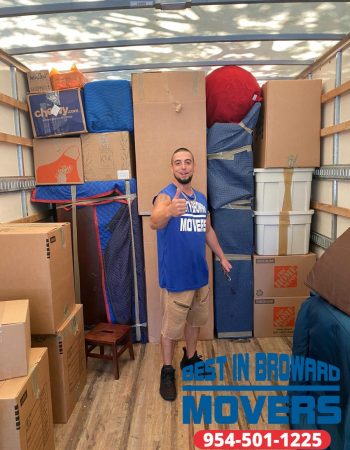 South Dakota is a Tax-Friendly state

Unlike many other states, South Dakota also has a low sales tax of 4.5%. South Dakota is a state that wants you to save money. Not only is the cost of living low, but all the taxes are too!

Moving from Florida to South Dakota can be intimidating with the distance between the two and driving across the country, the difference in culture, the four seasons, especially the winter, but moving cities can be an exciting new chapter.

Our moving company is about the client and helping with long-distance moves. As a moving company, we go above and beyond to ensure clear communication, proper scheduling, efficiency, and lower cost compared to other moving companies. After doing some search, one will become aware the cost of living, quality of life for a family, and overall lifestyle in South Dakota are better than that of Florida.

The weather may not be the same, but the residents are convinced that South Dakota offers a higher quality of living than Florida, and cities like Sioux Falls provide a better living than Orlando. South Dakota is a great place to live financially for businesses and individuals because it does not have corporate tax and has low property taxes and sales tax. Moving to South Dakota from Florida means saving money, lowering the cost of living, possibly increasing average annual pay along with the quality of living.